Peter Murphy, iconic lead singer, with an incredibly distinctive voice, is an original member of the band Bauhaus. These highly inventive and inspiring “rock and rollers” were some of the pioneers, who created a whole new genre of music, Gothic Rock…

Bauhaus formed  in 1978. The four young men all hailed from Northampton, England. Originally, the band’s name was Bauhaus 1919, giving a nod to when the famous German Bauhaus Art Movement was created. The group ultimately decided to drop 1919 from their band name. However, they kept the font of their band’s name exactly like on building of the art college in Dessau, Germany that the whole band admired so much…

Peter Murphy, had never sang or written lyrics prior to joining Bauhaus. It was Daniel Ash, who would convince Murphy to become the group’s lead singer and write words to their songs. Ash thought Peter Murphy had exactly the right look for the band. Murphy gave it a shot… The rest as the saying goes in this particular case, is “rock – n – roll history…” 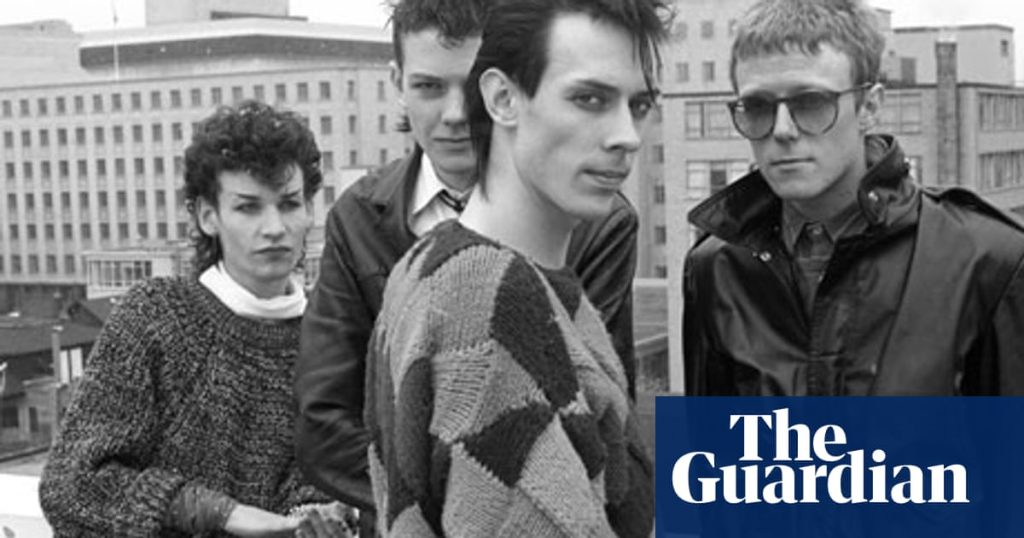 A picture of Bauhaus taken by the British Guardian Newspaper in 1979. The title of the article was called: Bauhaus Invent Goth, which Peter Murphy personally hated. The look on Murphy’s face makes that obvious…

Daniel Ash, Kevin Haskins, David J. and Peter Murphy entered Beck Recording Studios for the first time as a band. They recorded their legendary song “Bela Lugosi’s Dead,” along with five other tracks to use as their first demo tape.

Bela Lugosi’s Dead was over nine minutes long. Something in the late 1970’s that was usually very problematic for most radio stations and music labels at that time. The movie Bohemian Rhapsody is a perfect example of why radio stations and music labels had such an aversion to extremely long songs during this era. Small Wonder Records released Bela Lugosi’s Dead as a single in 1979.

The song received favorable reviews and it was played often on BBC Radio 1. Bela Lugosi’s Dead also remained on the British Independent Music Charts for two consecutive years. Popular D.J. John Peel played the song on his nighttime BBC Radio 1 show frequently. No one had heard anything like Bela Lugosi’s Dead prior to 1979…

The song would go on to be featured as a video during the opening sequence of the cult classic movie, The Hunger. The film was made in 1983 and starred David Bowie, along with beauties, Catherine Deneuve and Susan Sarandon. The film was directed by Tony Scott. If you have not seen this film, I highly recommend it. It is truly remarkable… It should be noted that Peter Murphy and Bauhaus were highly inspired by the late, incredible musician / songwriter David Bowie and his alter ego Ziggy Stardust…

As a result of the song and its popularity,  4AD Records signed Bauhaus immediately in 1980. 4AD released Bauhaus first studio recorded album “In The Flat Field” on November 3, 1980. Bauhaus’ popularity became so great that The 4AD Music Label was no longer able to represent them effectively. They signed them on to their sister music label, Beggar’s Banquet. Beggars Banquet would go on to represent the amazing Goth, electronica music pioneer, Gary Numan. They would also go on to represent the band The Cult.

The first Bauhaus studio album on Beggars Banquet was “Mask,” released in October of 1981. This album was quickly followed by The Sky’s Gone Out, which was released on October, 19, 1982. (This album by Bauhaus is yours truly’s personal favorite!)

Bauhaus fourth album during the 1980’s was Burning From The Inside, recorded in 1983. Peter Murphy was extremely ill during the recording of this particular album. As a result, Daniel Ash had to sing many of the songs on the album. By the time the album was officially released, Bauhaus had broken up as a band… In 2008, Bauhaus released their final album number five, Go Away White.It was the first time Bauhaus as a band had introduced new material since 1983.Ironically, Bauhaus (a very unique sounding band) experienced huge success by doing covers. Bauhaus covered “Ziggy Stardust,” written by David Bowie on his concept album, The Rise and Fall of Ziggy Stardust and the Spiders from Mars released on June 6, 1972. Bauhaus would release their version of Ziggy Stardust a decade later in 1982 on their album The Sky’s Gone Out.

It was released as a single a went straight to #4 on the U.K. music charts. It also got Bauhaus on to the popular British “Top of The Pops.” It would become Bauhaus’ most successful song ever on the U.K’s music charts.

Bauhaus also covered “Telegram Sam” It can be found on the Bauhaus album “In The Flat Field.” The song was written by the late Marc Bolan former leader of influential band T – Rex. The Bauhaus cover made it to number 69 on the U.K. music charts.

Peter Murphy has released over ten solo albums throughout the course of his extraordinary career. In 1984, Murphy created a band Dalis Car, with friend and amazing bassist Mick Karn. You may remember Karn as bassist for the popular 1980’s underground band Japan.

In this group Karn played bass, keyboards and saxophone. Peter Murphy was lead vocalist and Paul Vincent Lawford was in charge of all rhythmic arrangements for the band. The band released one album, The Waking Hour.

The album came in $30,000 over the $60,000 (U.S. dollars) that Beggar’s Banquet had given them to create the album. “The Waking Hour” was considered to be a commercial failure. Apparently, Murphy and Karn had a hard time working together, while recording in the studio. Karn had this to say during an interview, when he was asked about why the album had flopped,

“It was a particularly difficult project. We were two very different people…”

In 2018, Peter Murphy went on the Ruby Celebration Tour with former bandmate, bassist and Co – founder of Bauhaus David J.

This tour was commemorating forty years of Bauhaus and their incredible music. Murphy and J. on this tour played the amazing Bauhaus album “In The Flat Field,” in its entirety every single night during the Ruby Celebration Tour. The tour began in the U.K, went on to Europe and Oceania…

Peter Murphy and David J. played an exhausting ninety three shows while on this tour. During this tour millions of Bauhaus fans were stunned when it was discovered that Murphy had been thrown out of his own show in Stockholm, Sweden. Apparently Murphy was infuriated with the sound technician during this particular performance…

“The world famous goth rock star Peter Murphy, 61, was thrown out by organizers from his concert at Nalen in Stockholm on Wednesday night. The rejection was preceded by Murphy throwing bottles from the stage that injured a concert visitor in the face. When Murphy was thrown out, he ended up fighting with guards…”

Murphy earned a well deserved rest and hiatus after the Ruby Celebration Tour. He recuperated in Instanbul, Turkey. Murphy has called Turkey his home since 1992. It is also the birthplace of his wife, Beyhan Murphy. She is the head choreographer of the Turkish National Modern Dance Group. The couple have been married since 1982. Murphy considers himself to be a Sufi, Muslim. The singer has some very exciting news to share with fans all around the world and particularly those, who reside in New York City!

Peter Murphy will be giving concert performances from August 2 – 18 at (Le) Poisson Rouge in New York City! He will be performing his solo albums in their entirety!

Buy tickets, see these shows and remember the cause that you are supporting! By performing these shows Peter Murphy is reminding generations of fans both young and old about the legacy of Goth Rock. How this music is still loved and inspires millions fans, bands and musicians today. A legacy that started with Bauhaus and that Murphy is carrying on as a solo artist, singer, musician and songwriter.